The only thing constant is change. River restoration evolved from stabilization, rooted in the arrogant notion that we can control everything for our own production and reproduction. In the words of famous river dammer Floyd Dominy, "I believe we can improve upon nature." Awareness of physical and ecological processes increased in the last century, and eventually we realized that the two are inextricably lined. Well, at least some of us realized that. The burgeoning science of river restoration has progressed beyond the stumbling toddler stage and is now into awkward adolescence, clouded by an uncertain future. This talk looks at the current state of restoration, where the money is being spent, how techniques have evolved over time, and where things are heading. Standards of practice will be discussed, and we'll explore why we do restoration, if it's worth the coast, and the role of river restoration in a changing world. 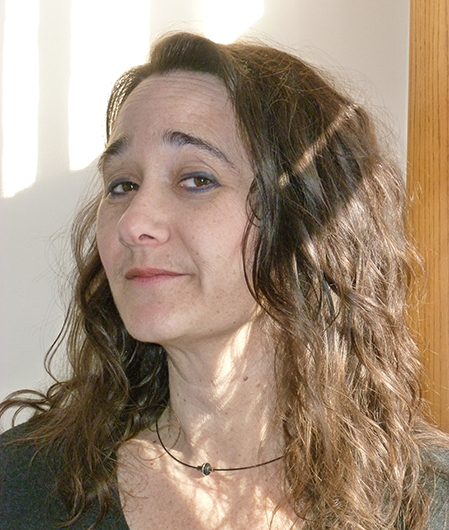 Natural Channel Design is the most commonly used approach to stream restoration in the U.S. Despite sometimes intense criticism from academics and research agency staff, Natural Channel Design has been adopted by the majority of American resource agencies at both the state and federal levels, and more than 15,000 people have taken one or more of Dave Rosgen’s short courses. Rosgen’s knowledge claims, applied tools, and educational system are increasingly seen not just as scientifically legitimate, but as a more legitimate basis for stream restoration practice than academically-produced science and training.

How can we explain this startling reversal of the typical dynamics of scientific authority?  Based on social and natural science data gathered over four years of research, I argue that the root causes of Rosgen’s success lie not in the man or his method, but in political and economic forces internal and external to the stream restoration field. Simply put, Rosgen met the needs of restoration markets and the state by providing the lingua franca, standards of practice, and educational system for the field when universities failed to do so. Furthermore, broader ongoing changes in science and environmental management have strengthened Rosgen’s authority by encouraging the privatization of knowledge production and its commercialization in the service of environmental markets.

Rebecca Lave is an Associate Professor and Director of Undergraduate Studies in Geography at Indiana University.  Her research combines social science and fluvial geomorphology to focus on the politics of scientific expertise and market-based environmental management of fluvial systems.  She has published in journals including Science, Social Studies of Science, Ecological Restoration, and the Journal of the American Water Resources Association, and is co-editor of a new book series, Critical Environments: Nature, Science, and Politics.  Her recently published book – Fields and Streams: Stream Restoration, Neoliberalism, and the Future of Environmental Science (U. Georgia Press 2012) – centers on stream restoration and the dispute over Dave Rosgen’s Natural Channel Design approach.  She is currently studying mitigation banking in the U.S. and E.U. 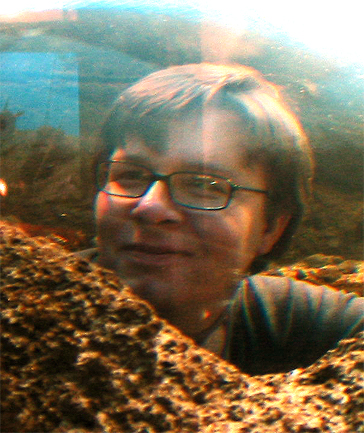 In the first decade-and-a-half of the 21st century, geomorphic photography has undergone a dramatic revolution, made possible by inexpensive digital cameras, the rise of remote sensing training for river science, and the development of advanced and automated analytical techniques. This revolution has produced an explosion of tools and techniques to monitor many aspects of river environments at very low cost and at scales that correspond more directly to real-world stream processes.  Such advances include (but are not limited to) spectral analysis of river materials, habitats, and bathymetry, textural and feature-based analysis of particle sizes and distributions, user-friendly photogrammetric mapping of topography, motion-based imaging of river processes in action, and a wealth of temporal change-detection methods. The possibility now exists to extend quantitative riverscape process measurement into the past using historical ground and airborne photography, and to use crowd-sourcing and other distributed approaches to map rivers at high resolution and over large extents. The revolution in riverscape photography suggests three specific needs. First, there is a need for the serious community cataloging, distribution, and analysis of riverscape-related photographs. Second, there is a need for a systematic dialog amongst river practitioners about when, how, and which techniques ought to be used for different projects.  Third, the revolution warrants the consideration of photography as a primary tool in river studies, and demands inclusion at all levels of river-related education. 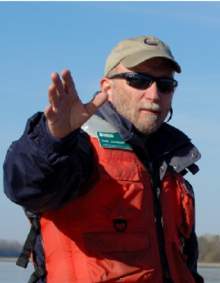 Abstract: More than $700 million has been spent over the last 10 years on recovery of the Missouri River, the nation's longest river, draining an area equivalent to 1/6 of the United States. Recovery activities have been driver by concerns for threatened and endangered species, so restoration objectives are highly focused on specific habitat needs. Because the Missouri River is highly valued and manged for multiple purposes (power generation, flood control, water supply, navigation, recreation), restoration objectives are more in line with the idea of a designed, optimized ecosystem rather than return to natural reference condition. This presentation will provide an overview of this extensive recovery effort with an emphasis on trasferability of scientific knowledge and restoration approaches.

Robb Jacobson is a research hydrologist and branch chief with the USGS at the Columbia Environmental Research Center in Columbia, Missouri. He received his Ph.D. from the Department of Geography and Environmental Engineering, at the The Johns Hopkins University, and he holds an undergraduate degree in Geology from Carleton College.  He has worked for the U.S. Geological Survey for 25 years in geologic hazards, neotectonics, paleoseismology, geomorphology, surficial processes and riverine habitat dynamics.  He supervises a staff of geomorphologists and hydrologists engaged in interdisciplinary research in fundamental river processes, with emphasis placed on relating quantitative understanding of fundamental fluvial processes to the practice of river rehabilitation.